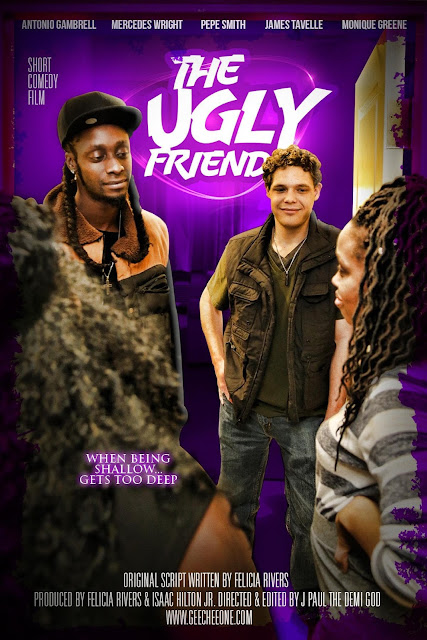 Welcome to the BLACK FILMS segment of Blacktopia.  In this segment we introduce the audience to new films produced, directed, written, and / or filmed by black creators and have a predominately black cast.  For today's segment we explore the new film by Geechee One Films titled "The Ugly Friend"..... here is a brief synopsis on The Ugly Friend.

Alvin has been crushing on Nikki for awhile and she finally decides to come over and give him a chance. Nikki only request is to bring a friend. Should be no harm in that since Alvin has a friend too right?

The movie was written and produced by proud Blacktopian Felicia Rivers!  Support this talented rising filmmaker.