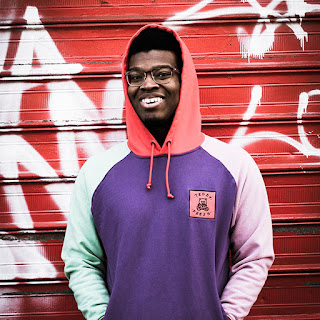 How long have you been doing what you’re doing and how did you get started in the first place?
I’ve been rapping for 10 years I started when I was 16. It's a funny story my first rap was a dis track against some friends. We were goofing off and I like the feeling of rapping so I kept doing it and it became a habit.
Who were the first influences on your music and style?
Childish Gambino, Mac Miller, XV, Tyler the creator, Curren$y. I'm really influenced by everyone who makes music but those guys were a big part of my growth.
In your opinion who is the most influential and successful artist in your genre today and why?
Its gotta be Drake, whether you like him or not the dude been on fire for over a decade. I gotta respect that.
What aspect of the music making process excites you most, and what aspect discourages you the most?
Making music and creating is the most exciting part for me. I always love when I come up with ideas or crazy concepts.
The business and marketing side of music is something that's very discouraging. I could put out my best song and it might not ever get heard by the right ears and that's sad. There is so much good music that gets unheard because the game is so saturated right now with artists.
In your experience thus far, what is the best piece of advice in this business you actually followed? And one you didn’t follow, but now know for sure that you should have?
I haven’t gotten really good advice. Friends say follow your dreams and be persistent but if that was the key everyone would be successful. I’ve been just throwing everything at the wall and hoping something sticks.
Which ingredient do you think is most essential in making your sound and style the way it is?
Life and living is the most important thing for me because I’m telling stories about my self and experiences. A dope ass beat always helps. I like to keep it low fi if possible. 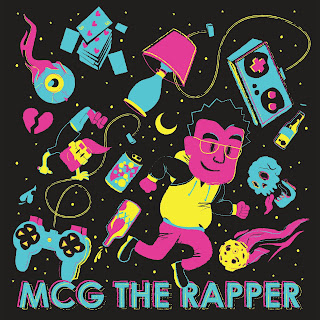 Posted by Blacktopia at 4:22 PM No comments:
Email ThisBlogThis!Share to TwitterShare to FacebookShare to Pinterest

Outstanding radio show host Aly of the Making Connections Radio Show on iHeart Radio and WDRB Media is loving Twicy's new single "Gimme Love" and has a lot of great things to say about the article and new single.  During a recent conversation with Blacktopia, Aly expressed her appreciation for the song by the Ghanaian based pop singer.


"Okay Twicy.... I see and I hear you. This hot single “Gimme Love” has a nice beat. Before you realize it you’re shaking your tail feathers. It’s the kind of beat that makes you get up and get moving. That video makes you want to travel to an island and just relax. Keep those beats coming." - Aly of Making Connections with Aly & Shay.

Listen to the popular Making Connections Radio Show hosted by Aly and Shay on WDRB Media!  Aly and Shay have lots of great guests and topics on the show and they certainly support great artists such as Twicy!

Blacktopian, Media Blast featured artist and Ghanaian pop singer TWICY's new music video and single "Gimme Love" is now "getting love" on one of the largest television stations in GHANA, BRYT TV.  Congratulations to TWICY!  Watch the music video at the direct link below  https://www.youtube.com/watch?v=9eawqkjQBIQ

What are your thoughts on Twicy's new music video and single "Gimme Love"?  Post your comments and feedback in the comment section below, let us know what you think.

Ghanaian pop singer and songwriter TWICY's latest single "Gimme Love" has been blazing radio stations all across the content of Africa, and the music video to accompany the single has been featured on many major television networks in Ghana and neighboring countries.  In the latter half of 2019 the single also made a huge splash and impact on several American stations from terrestrial to internet live streams to podcast playlists, and one of the recent live streams to get behind the powerful new song by the Ghanaian super star is TRACK TALK RADIO the non stop independent hip hop live stream that runs 24 hours a day, 7 days a week year round.  Twicy's single has even been played in rotation along with many of the other hit singles and tracks. Fusion recording artist, lyricist and prominent businessman Reime Schemes who powers the newly talked about indie live stream is really loving Twicy's music.  Reime Schemes has also performed in many of the countries in Africa as well.  It's only a matter of time the two powerhouse recording artists cross paths and perhaps tour Africa together. Run the live stream TRACK TALK RADIO on your device by clicking the link below http://listen.samcloud.com/w/81070/Track-Talk-Radio/?play=y&fbclid=IwAR1rANgHecGGRFLrLcb43tRf2LoOKmVjdhBijleAb9ecMKgBwY4eh8UMGig#history

Watch and listen to the latest music video from Twicy "Gimme Love" at the direct link below. https://www.youtube.com/watch?v=9eawqkjQBIQ


Ghanaian pop sensation TWICY is scheduled to be the musical guest on the 2nd episode of the critically acclaimed sketch comedy podcast YESTERDAY NIGHT TAPED! Listen to the season premiere of Yesterday Night Taped on SPOTIFY at the direct link below
https://open.spotify.com/show/6cEZY0I71nganlaRbcs1kd?nd=1 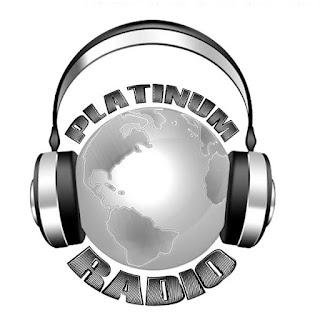 Ghanaian pop sensation TWICY was recently featured on Platinum Radio Online!  In the article and spotlight post it talked about Twicy's new single "Gimme Love", all the current news surrounding Twicy!  Check out the amazing feature at the direct link below
https://www.platinumradioonline.com/post/new-music-featured-artist-twicy-gimme-love-ig-earnytwicy

Keep checking back on BLACKTOPIA for more updates on TWICY!! 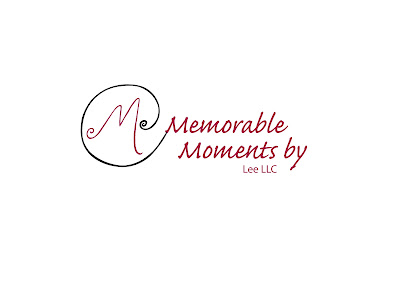 Lee is open, available and ready to connect with everyone.  If you would like to know more about her and the services she provides please connect and visit her on social media via the links below.... 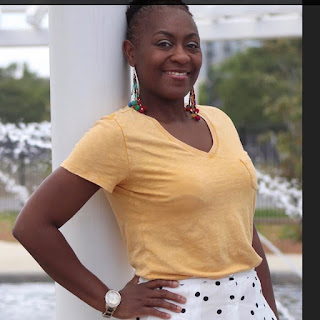 (Lesah Richardson AKA Ms. Lee of Memorable Moments by Lee)
Also visit the official Memorable Moments by Lee / Intimate Moments YouTube channel and subscribe at
https://www.youtube.com/channel/UChdsG5Y-lZXsZfZC5oqjx1w
On the official YouTube station Ms. Lee hosts a segment titled the Midday Snack where she gives her viewers and watchers some information and tips on how to improve and better their lives.  Watch it and subscribe at the direct link below. 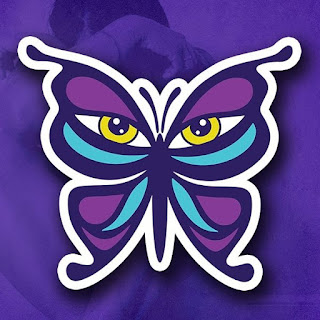 Gracious Hands, which is a transitional home for women and children


and An Image of Me which is an organization for youth girls.

Also visit the official website for Memorable Moments By Lee at
https://www.charlottesocialeventplanner.com/ 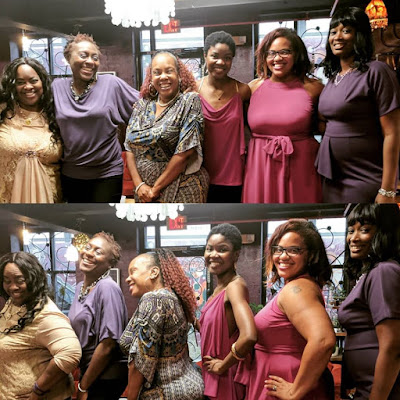 
Back in March Ms. Lee was featured in The Fabulous Women of Postmates article for International Women's Day!  Read all about it at the link below
https://blog.postmates.com/international-womens-day-ft-fabulous-females-of-postmates-f10cc4be677f


D-Hud's long-awaited R&B fueled EP HUDDY WORLD FREAK FEST is now available on all mobile and digital platforms!  The wait is over!  Stream, sample then purchase the EP at the direct links below and listen to the soul, blood, sweat and tears the versatile recording artist put into each line of the vocals blessed on every single track.  Not only does D-Hud "sing" on this new project, D-Hud also uses his golden vocal chords as an instrument to blend along and harmonize with the melodies on the various ballads found on this soon to be classic anthology. Obtain the EP at the links below.... iTunes https://music.apple.com/us/album/huddy-world-freak-fest-ep/1499891186?app=itunes&ign-mpt=uo%3D4 Apple Music https://music.apple.com/us/album/huddy-world-freak-fest-ep/1499891186?app=apple%20music&ign-mpt=uo%3D4 Spotify https://open.spotify.com/album/17NAINYSy2itvyJMTSjkNz Google Play https://play.google.com/store/music/album/D_hud_Huddy_World_Freak_Fest?id=Bf3wm56wujo4r44wfvprcfkdjiy 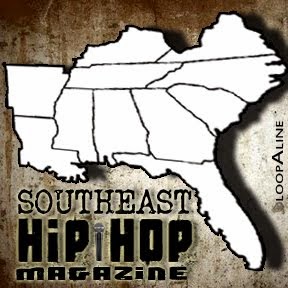 Blacktopia featured artist D-Hud's "Passionate Romance" single was named THE SINGLE OF THE WEEK on the esteemed Southeast Hip Hop Magazine blog!  Once again the shining star D-Hud and his music was given a favorable review by the critics.  D-Hud never ceases to amaze the bloggers, readers and the true music fans and connoisseurs of great music.  Read the SINGLE OF THE WEEK REVIEW and feature of D-Hud's Passionate Romance in Southeast Hip Hop Magazine at the direct link below... https://southeasthiphopmag.blogspot.com/2020/02/the-single-of-week-passionate-romance.html 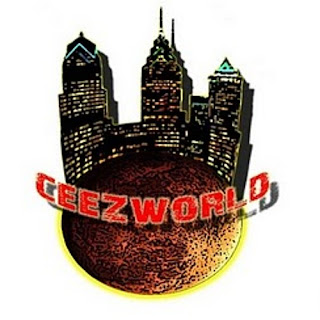 Blacktopia featured artist D-Hud and his new single "Passionate Romance" from the newly released HUDDY WORLD FREAK FEST was currently spotlighted and featured in CW Music (Ceez World) website!  The website gave D-Hud's single a great review.  D-Hud has been featured in the top ranking website on numerous occasions.  Check it out at the direct link below. http://www.ceezworld.com/2020/02/spotlight-d-hud-and-his-new-single.html What are your thoughts on D-Hud's newest EP HUDDY WORLD FREAK FEST??  POST YOUR COMMENTS BELOW!

Connect with other fans and general music lovers by joining the HUDDY WORLD Facebook Group!  Click the link below and socialize with many other interesting, and exciting people! https://www.facebook.com/groups/355997321614993/

JOIN US IN HUDDY WORLD!! 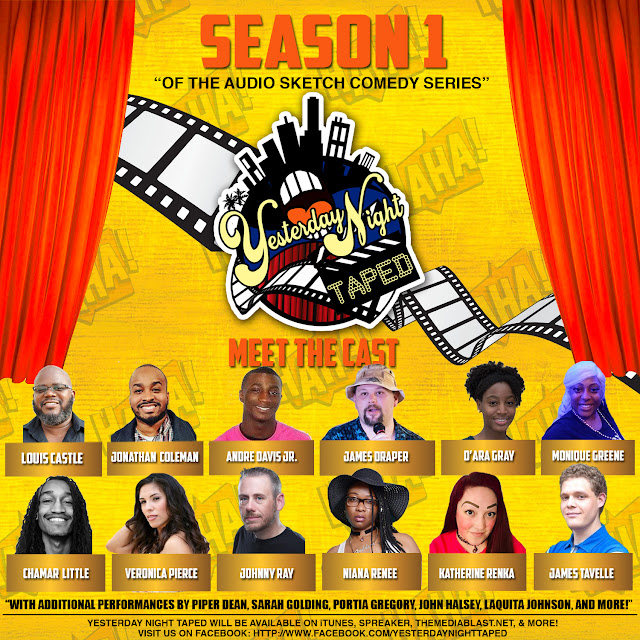 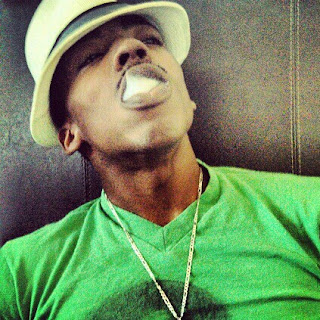 WHAT'S NEXT FOR D-HUD??  Keep checking back here on the Blacktopia website for more updates on the recording artist D-Hud. What updates can you expect to see? *  Appearances, Shows, Tour Dates and Performances! *  New music! *  News and reviews! *  Information on collaborations with other artists! *  Articles! *  Giveaways for the Fans! *  and more!! Also visit D-Hud's official promo blog at http://www.D-HudMusic.blogspot.com


______________________________________
Artists, if you would like to have your music featured on the Blacktopia website and Blacktopia Mobile App e-mail us at BlacktopiaBusiness@gmail.com for more information and details.   You too can reach this fine, prime demographic.
Posted by Blacktopia at 12:35 PM No comments:
Email ThisBlogThis!Share to TwitterShare to FacebookShare to Pinterest
Labels: Ceez World, D-Hud, EP, Huddy World Freak Fest, R&B, Southeast Hip Hop Magazine, The Media Blast, Yesterday Night Taped
Newer Posts Older Posts Home
Subscribe to: Posts (Atom)