[FEATURE] Comedian TOMMY DAVIDSON passes the torch to the next generation of Performers | www.Blacktopia.org 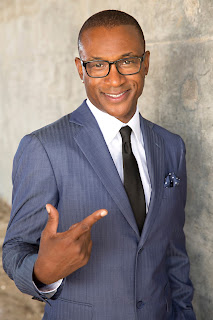 Veteran stand-up comedian and actor Tommy Davison has been pleasing audiences since the mid 80s and continues to remain a prominent figure in comedy and the entertainment world today.  From hit television shows such as In Living Color, to movies and traveling the globe on tour as one of the leading comedians of our time, Tommy Davidson is one of our most treasured and beloved performers of this generation.  Tommy most definitely has talent encoded in his DNA, and running all through his blood, and he's certainly passed those talented genes to his offspring. 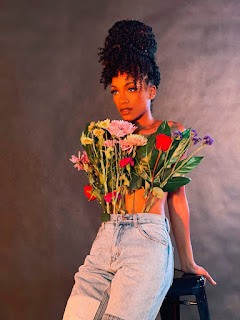 Everything Jillian Joelle has been working towards in the various branches of her career have been leading to this moment. The eldest daughter of Tommy Davidson, legendary comedian and actor of In Living Color fame, this breakout singer is no stranger to the spotlight: growing up dancing closely with the iconic Debbie Allen, traveling with her father for shows and walking the red carpet at premieres. Her mother, Desiree Davidson, was the first African American winner of the Miss D.C. pageant and had an illustrious professional dance career of her own. Jillian has spent the past couple of years hosting and attending dance masterclasses, writing songs, shooting music videos and even acting. With her mother’s love of movement and the performing arts, combined with her father’s comedic timing, singing chops, and over the top charisma, Jillian Joelle is the perfect mixture of what it takes to be a star. Watch the official music video for "Promise" by Jillian Joelle featuring Yxsterday below.