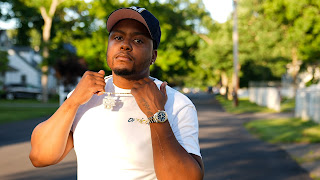 Long Island, New York stationed rap recording artist Young Dom AKA DomTMO best known for garnering a lot of buzz and attention after opening up for rap star Lloyd Banks sits down with the content creators of Blacktopia for an in depth, insightful interview about his music career, future plans and more.  Read all about what the bright young artist has to say in the interview below.

Blacktopia:  Hello, DomTMO.  How would you sum up who you are as an artist in just one sentence?

Young Dom AKA DomTMO:  I am a firm believer that nobody can tell you what you can and can’t not be!

Blacktopia:  How would you describe your style as an artist?  What can people expect when they hear you?

Young Dom AKA DomTMO:  My style is authentic.  I don’t try to be nobody but myself honestly.  You can expect someone who is dedicated to what he is doing and also inspiring the next to become better than.  Wherever I decide to finish my marathon.

Blacktopia:  What are some of the subjects that you rap about?

Young Dom AKA DomTMO:  My life!  The things I see or have seen.  My close circle of peers that are not artists, but can inspire me to create content about their struggles or anything in life that I may not have gone thru.  It all helps

Blacktopia:  Who have you worked with?

Blacktopia:  We see that you've opened up for Lloyd Banks, what was the experience like opening up for him at The Sony Music Hall's fifteen-year anniversary event?

Young Dom AKA DomTMO:  Honestly, it was the first time I opened up for a packed out venue like that!  Not only once but twice in the same spot with Lloyd banks!  I thank him for that … the experience was crazy the first time I did it.  It was 3 of us then I lost a brother to street violence later that year and he wasn’t there the second time but he knows it’s only up from here for me.  So I’m forever grateful for that experience.

Blacktopia:  What other milestones have you had in your music career so far?

Blacktopia:  As an artist, where do you see yourself in the next five years?

Young Dom AKA Dom TMO:  Financially stable, really impactful, inspiration to the next , coming out of Long Island you heard of EPMD, you heard bout Rakim but since the 90s nobody besides Reek Da Villian really put the island on the map so I’m here to embark that right there!

Blacktopia:  If you could change one thing in the world, what would it be?

Young Dom AKA DomTMO:  Stop living in doubt.  Everyday you wake up and have air in your chest, chase that goal or dream of what you want to be.  Don’t get discouraged because it’s happening faster for the next person.  Focus on yourself, it's all about timing!

Blacktopia:  What's next for DomTMO?  What do you have lined up for the rest of 2022?

Young Dom AKA DomTMO:  I got a script. I'm reading time to get into these short films, more singles , tryna make a Roc Nation brunch, get on Bdot Top 10 list and make my son proud to be my son.  I can’t ask for much, respect from the peers and I’m solid.

Learn all about Young Dom AKA DomTMO

You know the saying, what doesn't kill you makes you stronger!  The New York stationed hip hop recording artist known as DomTMO AKA Young Dom could use that phrase as his official tagline / slogan as he's walked away from disheartening as well as tragic experiences only to come out on the other end triumphant and much stronger than before.  One of the two career altering occurrences that pushed the young vocalist to strive for greatness happened after joining the rap group Team Money, a band of local lyricists that Dom ran with during his high school years.  In the group Young Dom was referred to as "the weakest link" by tastemakers and critics alike after the release of their debut mixtape.  Devastated by the response, Young Dom processed the information, took it in stride and used it as fuel for his internal fire to become a much better artist / performer!
The other life changing event that sparked a new found motivation in the emcee was surviving a critical motorcycle incident that left him hospitalized for 6 months.  During his road to recovery, Dom struggled with thoughts of continuing his music career, but after his body healed and his health improved, Dom realized that he's definitely here for a reason and to create more excellent music for his growing fanbase.
Throughout the years Dom released a well-received mixtape series titled Live Young Die Rich, which garnered thousands of listens worldwide virtually and through several viable internet platforms.  The 3rd installment in the series led to sparking the attention of veteran New York rapper and 50 Cent associate Lloyd Banks.  Lloyd Banks' interest in the artist brought upon the opportunity to open up Banks during his performance at The Sony Music Hall in NY for their fifteen year anniversary.  Young Dom has put out back to back "bangers" during the Covid19 pandemic from the singles "Zone" featuring GP45 out of Texas and "Top Of the Food Chain" featuring JuTheKing!
What doesn't kill you, certainly makes you stronger, and surviving is one of the reasons why DomTMO has some of the "strongest" music out right now!
___________________________________________
Join the Blacktopia Facebook Group
↕↕↕↕↕↕↕↕↕↕↕↕↕↕↕↕↕
Blacktopia: Black Utopian Society | Facebook
___________________________________________ 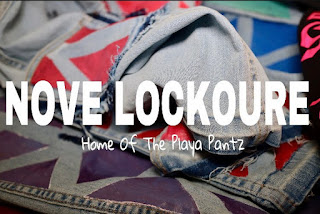