"WHAT ABOUT YOUR FRIENDS?" creator considers using RHYME SCHEME!

On a recent episode of Blacktopia Presents Round Table Talk Radio with hosts Barbara the Cuntry Cleaning Lady, Adrienne Charleston and Some Guy Named Jay, the executive producer, director, writer and creator of the hit drama series "What About Your Friends?", Felicia Rivers joined the program to talk about her show "What About Your Friends?" among other things, and during the break, Jay played the newest single from Rhyme Scheme titled "Island Flame"!  After hearing the single "Island Flame", Felicia Rivers enjoyed the song so much that she even said she may consider using the single to be played in the background in a scene on a future episode of "What About Your Friends?".

Rhyme Scheme also does a little bit of acting and is currently residing in Los Angeles, CA!  Perhaps we could even see Rhyme Scheme in a future episode of the show as well.... who knows?  Lets wait and see!

Listen to the single "Island Flame"
here at this direct link
https://youtu.be/abMY9not7Nw 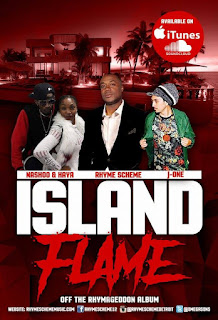 WATCH THE DRAMA WEB SERIES
WHAT ABOUT YOUR FRIENDS?  ON YOUTUBE
http://www.youtube.com/FeliciaRivers1 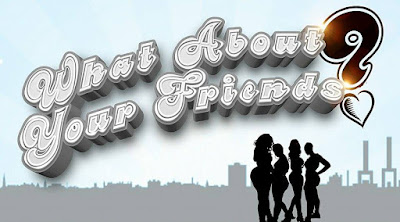