BLACKTOPIA BOOK OF THE WEEK: "Secret Eyes" by Shantina Wilson 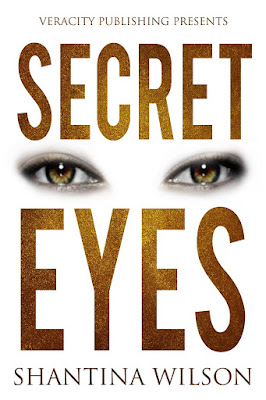 
Synopsis for SECRET EYES     Nadia learns how hard, and cruel life can get at an early age — trying to look after her mom Melinda who suffers from Epilepsy. Her father Mitchell who is a prominent lawyer in Atlanta, Georgia, left shortly after Nadia was born. Nadia is left to defend herself from Stanley, a man who wants more than he should.     When Sade run into both Melinda and Nadia, she noticed a difference in Nadia that either Melinda was ignoring or had no idea what was going on. When Sade reach out to Mitchell, will he come to the rescue his daughter from the madness, or will he turn his back?

LEARN MORE ABOUT THE AUTHORShantina Wilson, born and raised in White Springs, Florida! Shantina published her first novel titled, “Think Before You React” in 2011. After she continued to surprise everyone, including herself when she released “Wanted Never Mix Business With Pleasure,” “Spoiled,” “Deion Washington” and “A Hard Pill To Swallow.” She is married and a mother of two!


DOWNLOAD THE BLACKTOPIA MOBILE APP. ON iTUNES (for iPhones) or Amazon (for Android)