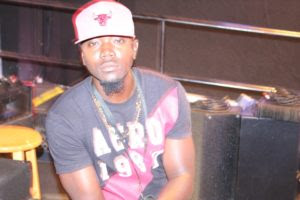 Raw, gritty street appeal describes Malik Epic. An Austin, TX native who started writing in his early years. He discovered his love for writing at the tender age of 11. He always felt there were too many situations inspiring him to pick up the pen. “Paper will always listen when no one else will, and that’s why I’m so addicted to it.” he explained. Music runs through his veins, his mother and father were singers. His goal is to give music something it’s never heard or seen. Creativity is key, with his talent and determination that is a recipe for success. He also understands the importance of a strong team. His management is True 2 The Culture Productions. His current single “Posers” is garnering media attention nationwide.
Stay up to date:
http://www.true2theculture.vpweb.com
https://www.facebook.com/reggiemarz
https://www.facebook.com/T2TCforlT2TCforlife R&B singer, songwriter and Blacktopian Nikia is back with another great single scheduled to be released on iTunes February 28th!  The single is titled "Gone" (featuring Dee).