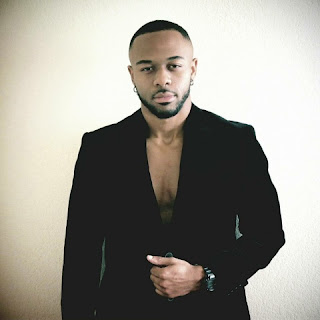 Blacktopia sits down to have a one on one in depth interview with rising southern hip hop recording artist Syn'Zere.  Syn'Zere is a very insightful, deep artist with a lot on his mind and a lot of interesting things to say.  In this interview he gives his opinion about the current state of hip hop, who he feels is one of the wackest rappers today, the meaning behind the messages in his songs, and more!  Read all about what this intelligent rising lyricist has to say in this interview.


Blacktopia:  How are you doing Syn'Zere?
Syn'Zere:  Better than I ever have!  I’m on the rise to being one of the greatest.  There is no better feeling than that.

Blacktopia:   For those that may not be familiar with your music yet, how would you describe yourself as an artist?
Syn'Zere:  I’m one of the greatest artists you will ever listen to.  I give my all in my music.  I don’t just make trap music and talk about money and bitches all of the time.  That’s what rappers talk about when they don’t have anything to turn to.  Nobody has a story to tell anymore.  Hip hop and rap is the most well-known way of a black voice to be heard.  I give the soul back to music that Nas, Jay Z, Biggie, Lauryn Hill, & The Fugees brought to it.  To me I am the clarity being brought back to music. There is no other up and coming artist coming close to bringing what I am bringing to the table. 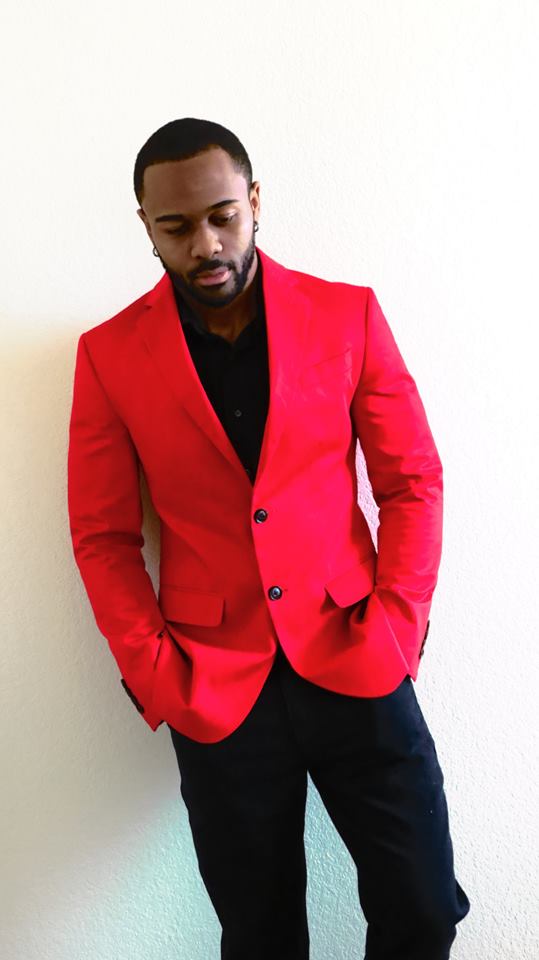 Blacktopia:  You've accomplished a lot in the past few years with your music, you recently linked up with the DJ that help put Kevin Gates on the map, DJ YaBoyEarl, could you tell the listeners how you got linked up with the popular DJ?
Syn'Zere:  I met Dj YaBoyEarl through Instagram actually.  I saw a post that said he started back hosting mixtapes and I saw that as a perfect opportunity.  This man was known for breaking artists into the rap game and giving them a name for themselves.  He was well respected and no doubt one of the greatest promoters/influential person I have ever met in my life. He gave me a step by step manual on how to make my mixtape a success and it damn sure worked.

Blacktopia:  Right now you have a single called "FDYK", could you tell the listeners about that single?
Syn'Zere:  This song had so much pain in it that it was unbelievable.  I went to jail for gun charges and I didn’t know what to do.  I was sitting in jail with suicidal thoughts, staring at 4 walls with bible scriptures written on them.  I honestly had lost all hope in everything. For the first time in my life I actually felt alone, like I literally had no one and it was one of the worst things I have ever felt in my life. I had never been in jail before and it was a place I never thought I would have ended up in. In that song I released every feeling, every thought, and all of the pain I dealt with. I kept hearing people say  “ It’s going to be okay” and in my head I kept saying you aren’t in this hell with me, I’m alone so what the fuck do you know about my pain. I released the song for people to get the feeling of what it was like for me in there. Aside from the way I was feeling, other individuals had the same exactly feeling that I had and they dealt with that same pain that I did. It was a song you could actually close your eyes and see the dirty ass walls, and the chains around you. You can feel the hope being lost and the feeling of being alone. Without a doubt that will always be one of my best songs. 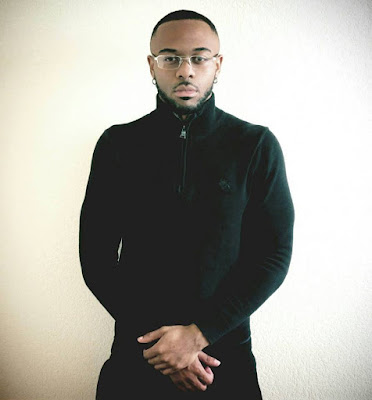 Blacktopia:  Who did you work with for the single?
Syn'Zere:  When I first developed the song actually I said the word “nigga” at least 27 times when I counted.  My manager Darrold Johnson advised me to redo the song so I did and it came out way better than expected.  So all praise goes to him on that one no doubt.

Blacktopia:  What types of subjects and topics do you talk about in your music?
Syn'Zere:  I talk about actually life experiences that I went through. It’s funny how the same experience I went through, someone else went through the exact same thing.  The stories I tell are relatable and that is what makes for a great song.  That is what people buy into.  Thing like being an unfaithful man and telling the ways men manipulate women to get things from them, how  the world looks at us as less so we have to hustle way harder to even get noticed by anyone.  My subject matter is based on life situations, not just about how much weed I smoke, how I’m jacking people or killing them.  Why promote things like that when I have the ability to stop it?  Every black dude always wants to talk about how black lives matter and saying “we tired of seeing our brother get killed”, when they out here killing they own brothers. I give you real life situations that makes you think about what goes on in the world, I don’t encourage gang relations or anything street affiliated.  Life is about more than that. 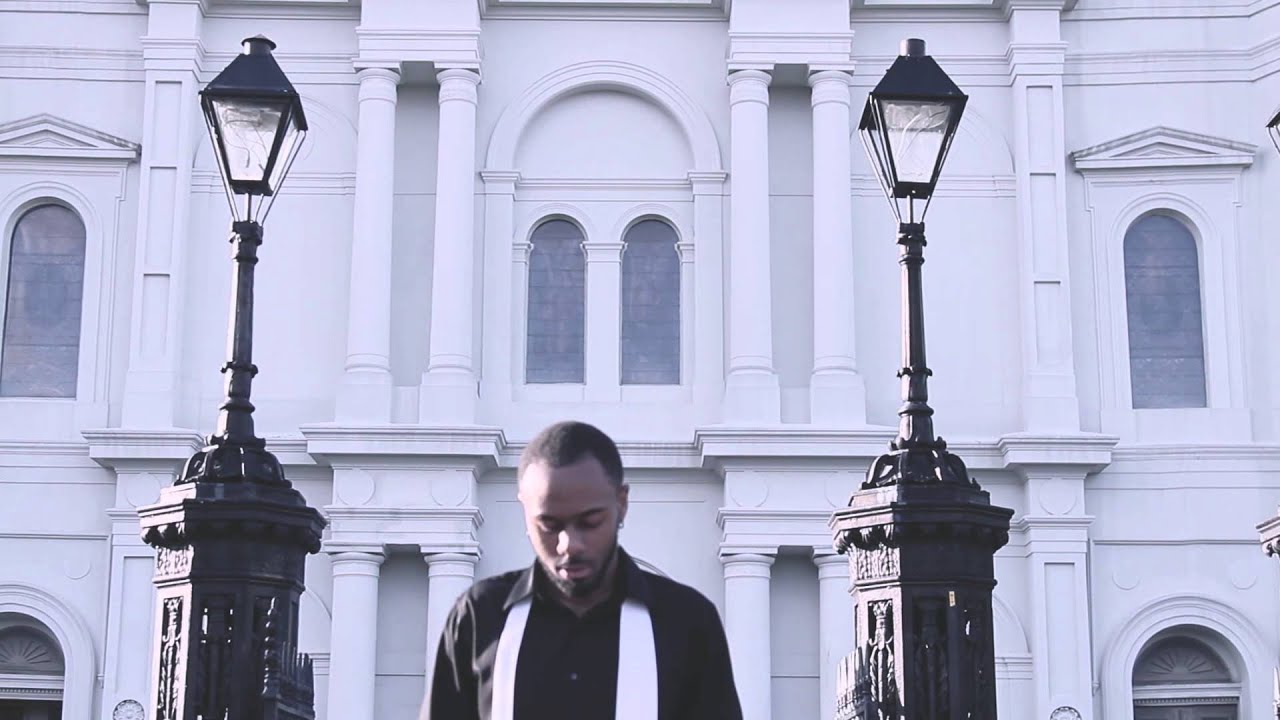 Blacktopia:  What makes a great artist great in your opinion?Syn'Zere:  Being yourself.  Use your own life experiences to help someone else.  As an artist be unique.  Whether its pain, happiness, etc. just paint a picture for the world to see. You never know whose life you can touch through your music.

Blacktopia:  Who are the top 5 worst rappers / emcees according to you and why?
Syn'Zere:  I don’t have a top 5, list I have 1 so called artist I don’t agree with and that’s Young Thug.  I’ll never forget the first time I heard the song “Lifestyle”. I literally was in my car like what the hell is this? I honestly thought my radio was losing a signal because I couldn’t understand anything he was saying.  The sad part was, people actually bought into this guy.  It’s like nobody knows what good music is anymore, the only thing they care about is a hyped up beat with a bunch of dumb lyrics over it that make so type of sense what’s so ever. That’s what you call hip hop? You have the nerve to call yourself an emcee? A label actually signed your garbage ass? He’s a joke.

Blacktopia:  If you could change 3 things in America, what would you change if you had the power to fix or change it?
Syn'Zere:  This question reminds me of Nas' song “If I ruled the world”.  First thing’s first I would end the lottery.  You’re offering millions of dollars to anyone who can win but yet we have families starving, people robbing to get food, families sleeping on the streets, the list goes on.  If you take away the lottery you divide the money up and put into building up broken neighborhoods, and placing food on the tables of families less fortunate we can put an end to poverty.  Crimes would lessen, murders wouldn’t happen as often because no one is struggling.  The system is broken because the government doesn’t want to fix it.  For example, how do you think drugs are constantly getting back on the streets?  Not into the suburban neighborhoods, but the torn down projects. Innocent people die from this stuff and the government has the power to stop it but it is a way for them to continue to oppress people and keep hitting them so they never make it out. People in those environments are lab rats.  It’s the typical stereo type of a so called “nigga”.  Out on the corner, gun on them, pants sagging, thinking it’s cool to murder somebody, and that’s exactly how most brothers never achieve anything higher than a GED because most of them are fortunate enough to stay in high school.  Not because they don’t want to, it’s because they don’t have options. They’re forced to choose between keeping food on the table for their little brothers or sisters because their mom is on crack and pops left or going to school and learning. The system is designed for us to fail until someone has the courage to change it.

Blacktopia:  What are some things you love about being black?Syn'Zere:  I love the skin I am in no doubt, but it’s not about just being black. I can be white, Mexican, or whatever and love who I am.  Yes I am black but that doesn’t define who I am.  My character and the way I treat people defines who I am as a person. I never look at myself as just black.  I don’t see color when I look in the mirror.  It’s just like someone saying to a black guy because he’s acting “white” and dressing with class instead of wearing baggy jeans a white t shirt and some Jordan’s on. There is no such thing as acting another color.  He’s just acting educated and not acting like the person that the world is portraying him to be. There is no way to answer that question without putting down another race and that’s not me.

Blacktopia:  Where do you see hip hop music going in the next 5 years?
Syn'Zere:  Honestly I don’t even know if there is any hope left for hip hop.  As far as I see the only ones that can really save hip hop is Kendrick Lamar, J Cole, The Game, Hopsin, Ace Hood and Lupe Fiasco.  These are damn near the only people really telling a story and I mean a legit story.  No bs and you can understand a message from each one of them. To me these are the individuals still holding hip hop together in my opinion.  Aside from that hip hop is about to die.


Blacktopia:  What's one thing you are bringing to hip hop that no-one else is bringing?
Syn'Zere:  Every artist has a different flow and a different feel to them.  I’ll never be like the next guy and he’ll never be like me.  So in all honestly it’s hard to give a honest answer to that question because no matter how amazing I may think I am there is someone out there better than me and he’s speaking about the same thing I am.  My mind set and the things I went through is the only thing I am trying to bring to hip hop.  I love this shit, it’s a way for me to be myself, a way for me to say what I want, and how I want to say it.  The energy and the pain that I bring I feel right now no other upcoming artist is touching me or even coming close to being as good as me.  Not being cocky but I’m confident in it.

Blacktopia:  Is there anything you would like to tell the readers that they may not already know about you?
Syn'Zere:  Only thing I have to say is that if you thought “Reflections” was good, you haven’t seen anything yet.  The next project I am coming out with will amaze you even more than that did. It only gets better from here on out.  My grind and my hustle will never stop.  I promised I was going to make it in this business and I’m damn sure not about to stop now and you can believe that.

Get more information on Syn'Zere at these direct links.