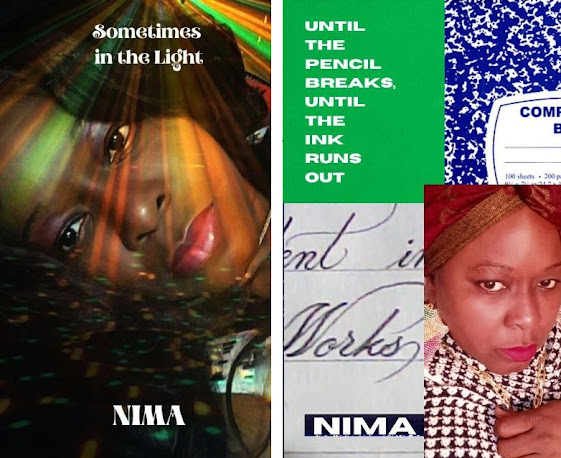 Renowned poetess and critically acclaimed author / writer Nima Shiningstar-El continues to make gains in the literary and art world by consistently releasing quality anthologies filled with meaningful, thought-proving and powerful poetic pieces.  In Early January of this year (2023), the star poet released two new compelling compilations filled with incredible well written masterpieces all by Nima herself.  "Something In The Light" and "Until The Pencil Breaks, Until The Ink Runs Out" all penned by the supreme poetess Nima Shiningstar-El with additional contributions from her management and frequent collaborator "Brother Born Free".
Both books are available on Amazon!  Visit Nima's official LinkTree to visit the direct links to purchase the books.
@nimagirlproductions | Linktree

Nima is currently promoting the 2 below books

Until the Pencil Breaks, Until the Ink Runs Out – Amazon link

Sometimes in the Light – Amazon link 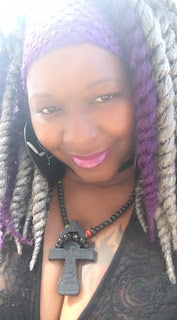 Nima Shiningstar-EL was born and raised in Philadelphia, Pennsylvania. At an early age she knew that something was different and special about the way she looked at the world around her. Her point of view was extremely creative and magical, but it was firmly rooted in the turbulent times that she was born into. Nima had a unique way of talking, walking, and expressing her thoughts, feelings, and ideas to her family and friends. In the beginning most of the people around her thought she was just going through a typical adolescent phase, but they would all soon realize that Nima, was traveling on a completely different path.
As Nima continued to grow and expand, so did her creativity. She began to realize that she had an interest and talent for writing poetry/short stories, and plays, painting, photography, and broadcasting. All through her young life she created and amassed a large amount of original and imaginative work, so in 2014 she decided to take the next step and start officially publishing her art. Her first public release was the insightful and poignant book of poetry, “Poems, Quotes, & Thoughts Provoked”. This book firmly established Nima as a new and fresh voice carving her own lane in the poetry community in Philly.
From 2014 to now, Nima has written 14 books of poetry and short stories. She has created over 150 abstract paintings which she calls Nabstract. She co-host The BigWoo Radio Show twice a week. She does her own Facebook Live Show, “Thoughts Provoked” every Sunday, and has an interview series called, In The Art Room with Nima”. In 2017, Nima along with her Manager Born Free created the annual holiday, Love Thy Brotha Day. Every year on June 8th, she convenes a forum of black men to come together to celebrate each other and help motivate our youth towards positive attitudes and lifestyles. If that wasn’t enough, Nima released another powerful and timely book called “Peace King Can You Hear Me?”. She wanted to speak directly to the black men in her family and community and let them know just how much she loves, appreciates, and supports them.
As you can see, Nima is not only abundantly creative, she’s extremely active. I would be remiss if I didn’t mention one of her bestselling and most impactful works of poetry entitled, “A Withered Rose Still Blooms”. This heartbreakingly beautiful book sheds a much needed light on the scourge of domestic violence. It also lifts up the women and men who have been abused and died at the hands of this man-made cancer eating away at the foundation of our homes and hearts.
In 2019 Nima established her own media company, NimaGirlProductions to consolidate all of her works of art and other ventures under her own brand.
Nima is currently working on her first children’s book and photo table book. She is so prolific that I never know what’s she’s going to do and create. All I know is that Nima Shiningstar-EL is an exceptional and once in a lifetime talent. We are all blessed to be alive during her ordained creative run.
For more information about Nima Shiningstar-EL and all her new projects contact her manager Born Free @ therealbornfree@gmail.com
Follow Nima on all her social media platforms
https://www.instagram.com/nima_el
http://www.facebook.com/nimashiningstar-EL
And you can BUY ALL Nima’s books @ linktr.ee/nimagirlproductions
____________________________________________
Email BlacktopiaBusiness@gmail.com
to advertise with Blacktopia!
______________________ 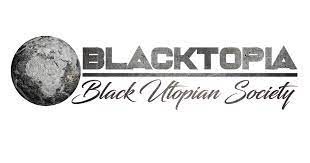 Join the Blacktopia Facebook Group at the link below
https://www.facebook.com/groups/446575245495210
Posted by Giant Blast at 4:33 PM
Email ThisBlogThis!Share to TwitterShare to FacebookShare to Pinterest
Labels: #WedNightPoetry, Amazon Link, Book, Book Recommendations, Nima, Nima Shiningstar-El, Poetess, Sometimes In The Light, The Art Room, Until The Ink Runs Out, Until The Pencil Breaks
Location: Philadelphia, PA, USA