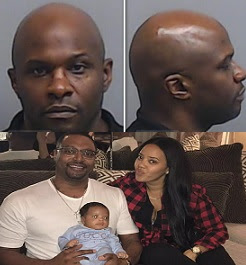 
The man accused of shooting 37-year-old Sutton Tennyson in his Atlanta home is officially in police custody.
According to TMZ, 44-year-old Michael Williams turned himself into the Atlanta Police Department on Nov. 7th. He was then arrested and hit with three charges in connection to the murder.
Williams' attorney Jackie Patterson denied his clients involvement in the shooting death of Sutton Tennyson, in a previous statement.
Over the weekend, Tennyson was shot and killed after a conversation he was having in his driveway turned "heated."
Williams has been charged with murder, aggravated assault with a deadly weapon and possession of a firearm during commission of a felony.